​Something NEW! for the whole family

Winking Kat musical scripts for large and small casts can be customized for your production.  We make our scripts easy to follow - with large print for younger actors.  These scripts have been performance tested for families and young audiences.

With over thirty tales that we've shared with audiences over the past twenty years, we've now found an easy way to share these fun and colorful stories with you.

Winking Kat Tales is a podcast that brings these stories to life in the form of a musical radio play.  We've assembled talented actors and musicians that record each play so you can listen for free in your car, before bed, or during play time anywhere in the world.  Each new episode features a new musical story for all ages to enjoy.

Visit the Winking Kat Tales website and subscribe so you can be the first to listen to every new episode.

WHAT TEACHERS AND PRODUCERS SAY

​"Thank YOU for everything. It has been a pleasure working with such a  flexible, student-centered playwright/publishing company!"
Rachel Wolf Heyman
Lower School Drama
Brimmer and May School​​

​"The Scarecrow" ​non-musical, adaptation for cast of 40 students at Issaquah Middle School in Issaquah, WA.  Commissioned by Youth Theater Northwest.​​ 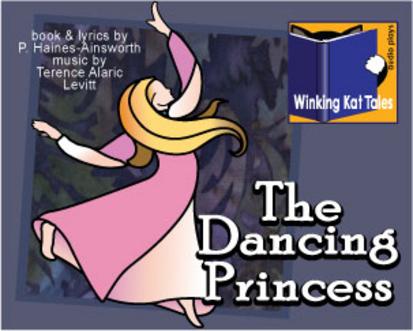 New adaptations of folktales and fairy tales from around the world - perfect for a multi-cultural curriculum.  Original stories and plays to exercise math and problem-solving skills.​

​"Hercules and the Golden Apple"

photo from a production of "The Legend of Robin Hood by 4th & 5th Graders of the Brimmer & May School.  (photo courtesy of Timothy Wooster) 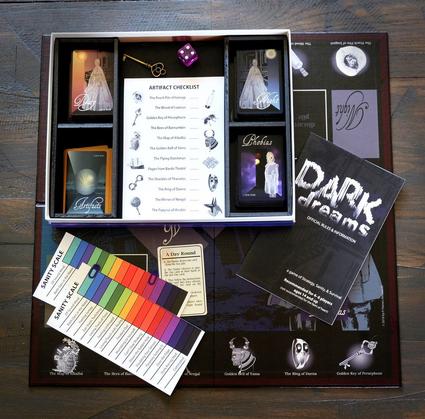 ​performed by the fifth graders of Brimmer & May School in Chestnut Hill, MA.​​

books for young readers and teens

​By request, Winking Kat is taking some of its most popular plays and translating them to chapter books and picture books for young readers.  These mulit-media books will soon be available.

​With so many of us staying home this year, Winking Kat has created a new board/card game for the adults and children over 13 to enjoy.  It is called DARK DREAMS.  The game is part strategy,

Winking Kat is now accepting pre-orders for delivery beginning in October 2020.  If you'd like to learn more, we have created a special website just for Dark Dreams.  Click here to visit the webpage.

​  For samples of book or non-musical titles click on 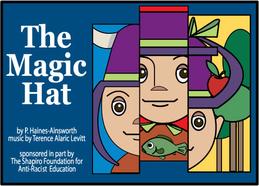 Now you can listen to the Winking Kat's favorite stories through our podcast, Winking Kat Tales

This new and original musical production is based on a Ukrainian folktale about a secretive princess who loves to dance.  She wears out her shoes every night and her father decides to challenge all the eligible men in the kingdom to find our where the princess dances.  With the help of a magical invisibility cloak, an out-of-work dragon hunter might be the only one who can uncover the princess' secret. Click  here to listen to the podcast or search for Winking Kat Tales on Spotify, Apple Podcasts, iheartRadio, Google Podcast, Amazon Music or your podcast provider.

"A History of Washington State in 45 minutes or less" ​currently in rehearsal with the fourth graders of Evergreen Academy in Bothell, WA.​​